The future of friends: Who can topple Facebook?
By Rory Cellan-Jones

Facebook has won the social networking wars, right? The likes of MySpace, Bebo and Friends Reunited have fallen by the wayside as Mark Zuckerberg's friend machine trundles onwards, to complete its mission of world domination. Or maybe the story isn't over, and someone else will come along to show us a better way of networking?

In the final episode of The Secret History of Social Networking on Radio 4, we look at where this phenomenon is heading next - and whether Facebook will continue to rule the roost. We hear from a clutch of new networks, with different ideas of how we will live our online lives in the future.For Foursquare, it's a vision of life as a kind of boy scouts' game, on the move sharing your location with friends and collecting points, badges and mayorships along the way. But can they make even a dent in Facebook's appeal, when their ideas have already been copied by the much bigger network?

Path, the San Francisco network founded by a former Facebook executive, believes we all want to share more of our lives, in the form of photos and video clips, with a far more restricted collection of friends. Its idea is a smartphone app where you record key moments for your nearest and dearest, rather than telling all to the world. But, despite managing to attract quite staggering sums from investors, the start-up seems to be making little progress in winning users over to its concept.

And then there's Kiltr, a social network which believes the future of friendship is local. Kiltr is aimed at Scots and the Scottish diaspora around the world. Its founder Brian Hughes Halferty says giant networks like Facebook don't suit everybody: "There's a lot of noise in the bigger networks," he explained. "And what we'll see happening is the user base of these networks gradually splitting off into more fragmented networks, based on specific interests, and potentially shared values, even a localised, regionalised approach."

And Kiltr isn't too fussy about whether you're actually Scottish - I've joined with no credentials whatsoever.There's no reason why local and specialised networks should not prosper in the shadow of Facebook, though they may struggle to put much of dent in the audience of a site which has shown, from Egypt to East Finchley, that it can be all things to all people. A bigger threat may be mounting concerns about security and privacy. A number of rival networks are being set up with the explicit promise that they will give users more control over their data and their privacy than is on offer from Facebook.

Diaspora attracted plenty of interest when it announced its plans last June in the middle of a row over Facebook's latest privacy settings. Its founders quickly raised a sizeable sum from online well-wishers, with their plan to give people more control over who sees any aspect of their online activity. Nothing much seems to have happened since, and Diasora looks like it might struggle to find enough people who really care about this issue. But one of the founders Daniel Grippi insists the idea still has widespread appeal amidst concerns about Facebook: "Even non-technical people understand that this is a problem, and that something has to be done about it in the short term. Owning your own data is a huge selling point and a natural step forward."

And others are even more strident in their view that Facebook has taken web users in the wrong direction. Johan Stael von Holstein whose MyCube network allows anyone to keep a safe copy of all the data they have put on a social network, says parents in particular need to be aware of the dangers of Facebook's social graph: "Their kids will never have to go to an interview again because they'll just be recruited on the social graph that Facebook holds for them, that they're selling to companies... this is a nightmare that George Orwell would be jealous of."

Facebook's sheer scale is now putting it in the firing-line - from cybercriminals who see it as a great place to launch an attack, from parents worried that it is not doing enough to protect children from stalkers and cyber-bullies, from neuroscientists concerned about what it is doing to our brains and our concepts of friendship.

The network does seem aware of these threats to its reputation. Yesterday a senior member of its privacy team spent an hour briefing journalists about all the ways Facebook is trying to make sure its users can lead happy networking lives, free from the attention of stalkers, spammers, bullies and bugs. But when I asked whether the emergence of rivals like Diaspora had focused minds, he replied "I don't know much about it to be honest," and asked me to explain what it was about. He, like just about everyone I've met from Mark Zuckerberg's empire, seemed supremely disinterested in what was going on elsewhere in the networking world, focusing entirely on what is going on inside the business.

And, for now at least, that seems a perfectly sensible approach. By my reckoning, more than a quarter of the world's two billion internet users are now on Facebook, and traffic to the site keeps growing. By one measure it has now overtaken Google. With that many friends, no wonder nobody at Facebook is losing sleep over the threat from rivals. 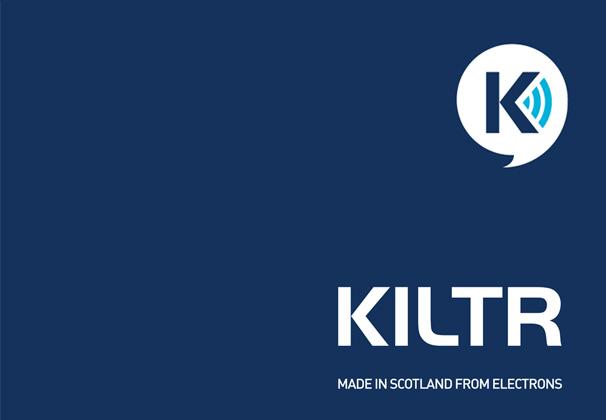