In recent years Scotland has really put itself on the map in terms of becoming destination for filming. It’s been all things from the planet Ahch-To in Star Wars - The Force Awakens (where Rey finds the last Jedi, Luke Skywalker!) acting as makeshift San Francisco in Cloud Atlas and doubling as Philadelphia in Brad Pitt’s zombie film World War Z. Scotland really gets a starring role primarily as herself (and parts of France) - in the Amazon series, Outlander

The show, based on the books of American author Diana Gabaldon, tells the tales of former World War 2 nurse Claire Randall who mysteriously travels back in time to the middle of the 18th century where she meets a highland warrior and becomes entangled in the Jacobite uprising. With much of the action being shot in Fife, our clients, Fife Council were keen to showcase some of these iconic locations.

Building on the success of our 2016 Innovation, Architecture and Design map project, our team evolved this and injected some Outlander charm, taking the look and feel of the map back two centuries but maintaining 21st century user experience. Fife Council also commissioned award winning and incredibly talented watercolour artist, Will Freeborn to paint the locations as they appear in real life and in the series and then passed the job over to us to add our digital magic.

Our team brought the map to life by using some simple but effective animations to add an exciting new dimension and feeling of movement to the otherwise static map. On the inner individual location pages where you can read all about the locations there is a slider to allow visitors to slide through history just like protagonist, Claire.

Dino Squillino, Creative Director at Everyone said. “Using very beautiful watercolour illustrations adds a sense of personality and charm, the idea of the before and after slider enables the user to get a sense of the locations transformation in a simple and immediate way"

Gillian McCracken, Tourism Adviser at Fife Council said "Outlander has been a real success story for Fife and it’s great to see so many people now visiting the area in the search of the Outlander story. We wanted to give potential visitors and fans of the series a taster of what they’ll find when they come here and the website does that beautifully."

You can view the Outlander minisite on the Welcome to Fife website now. 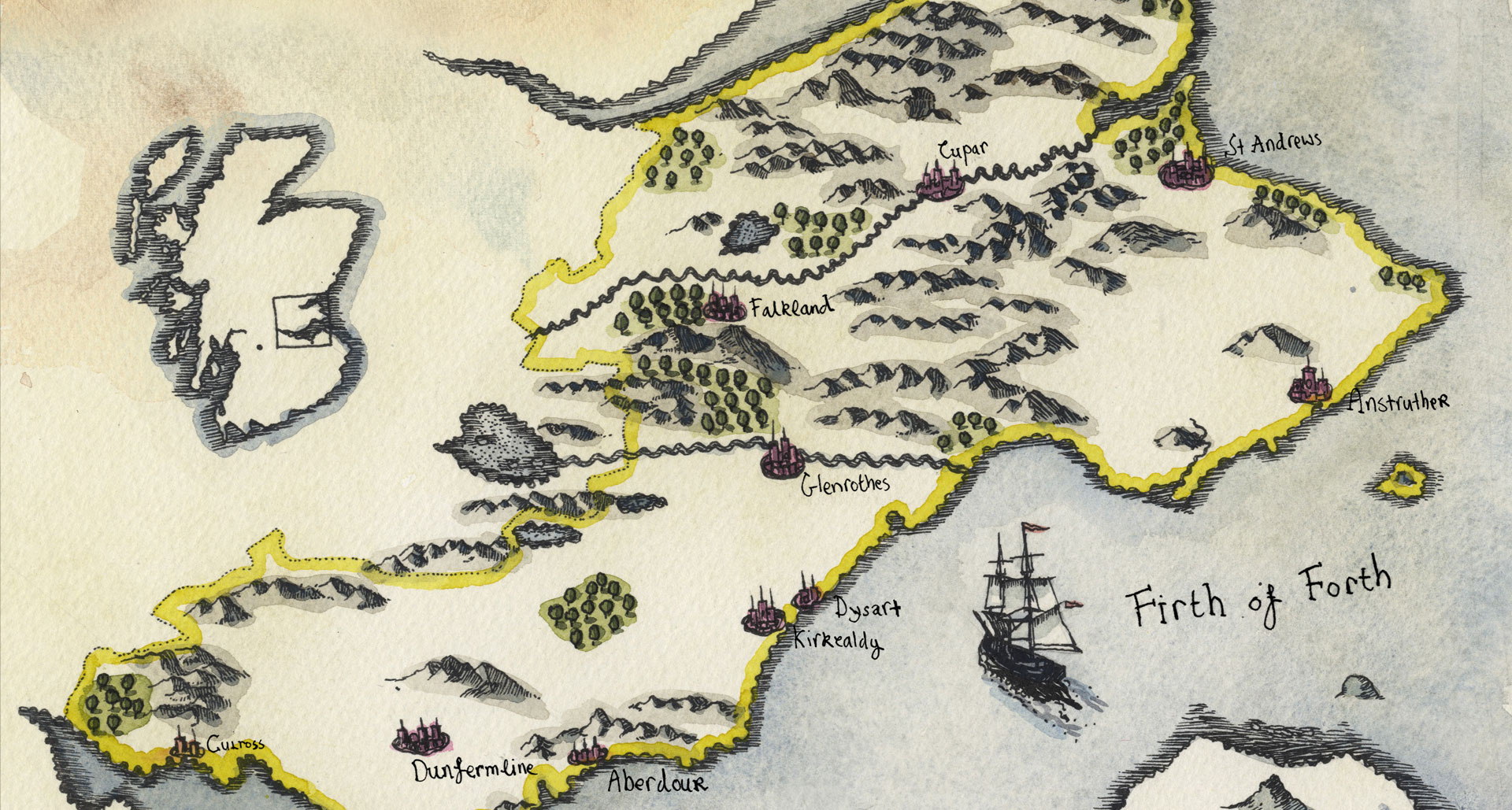 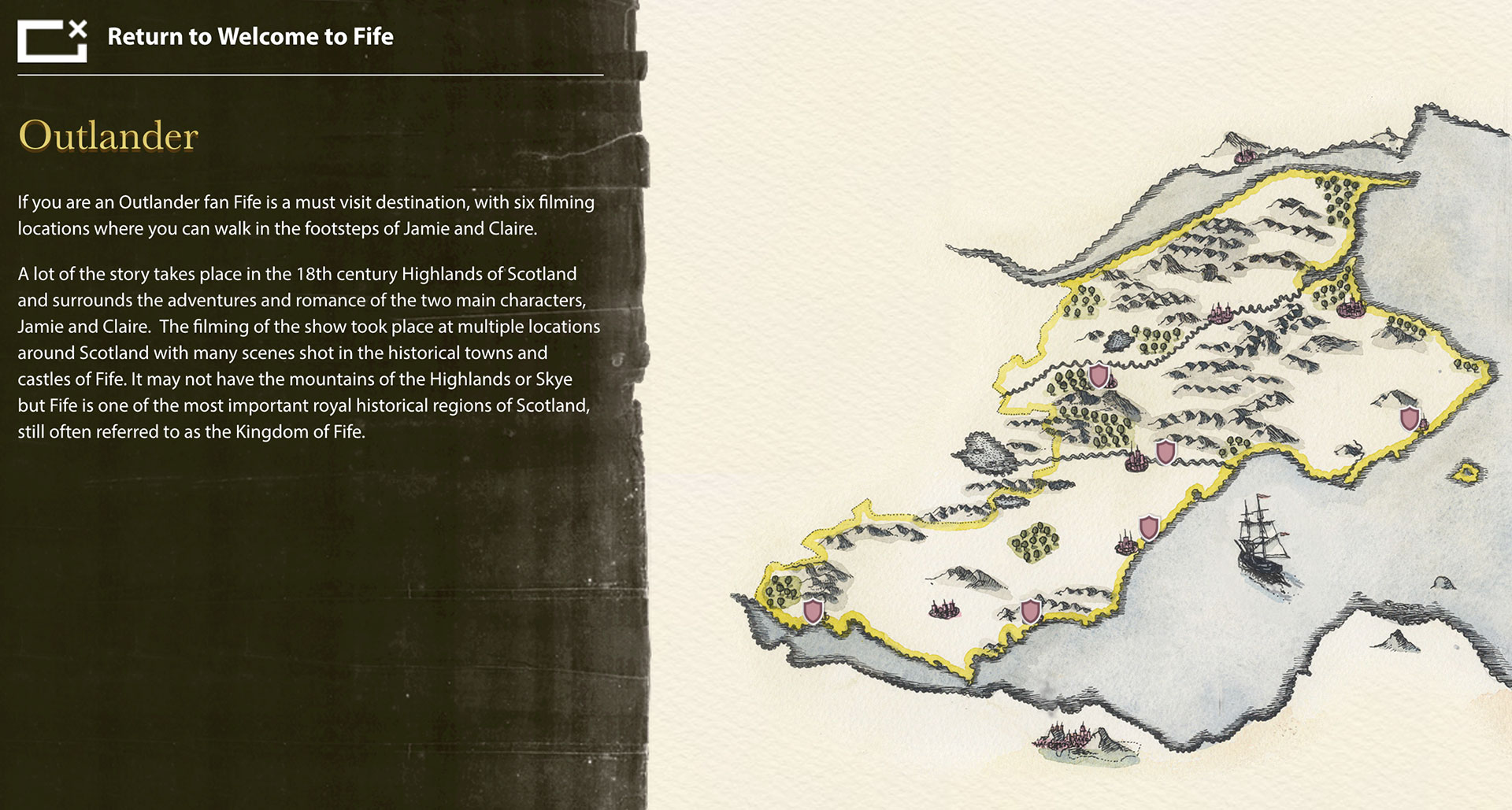 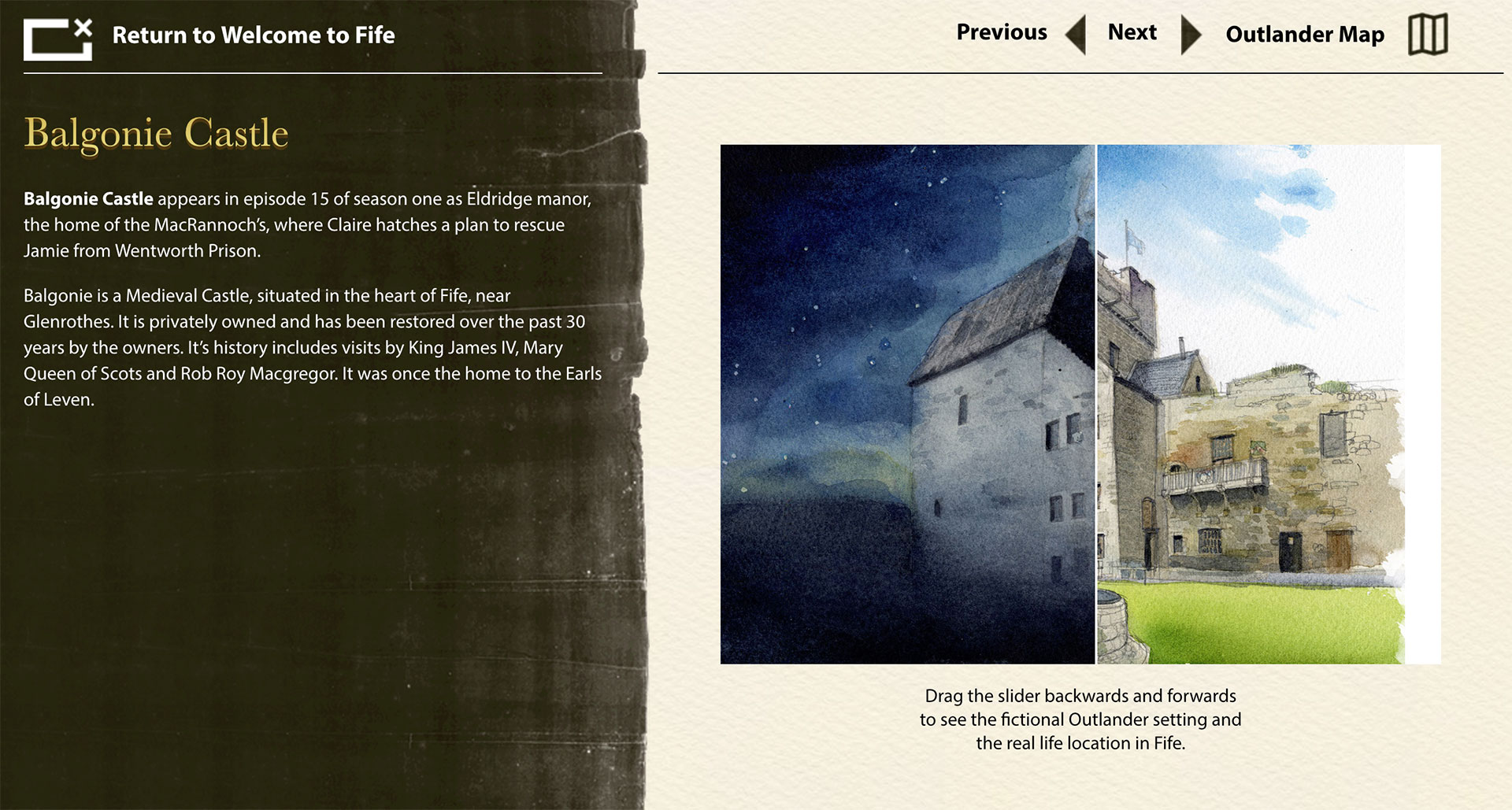 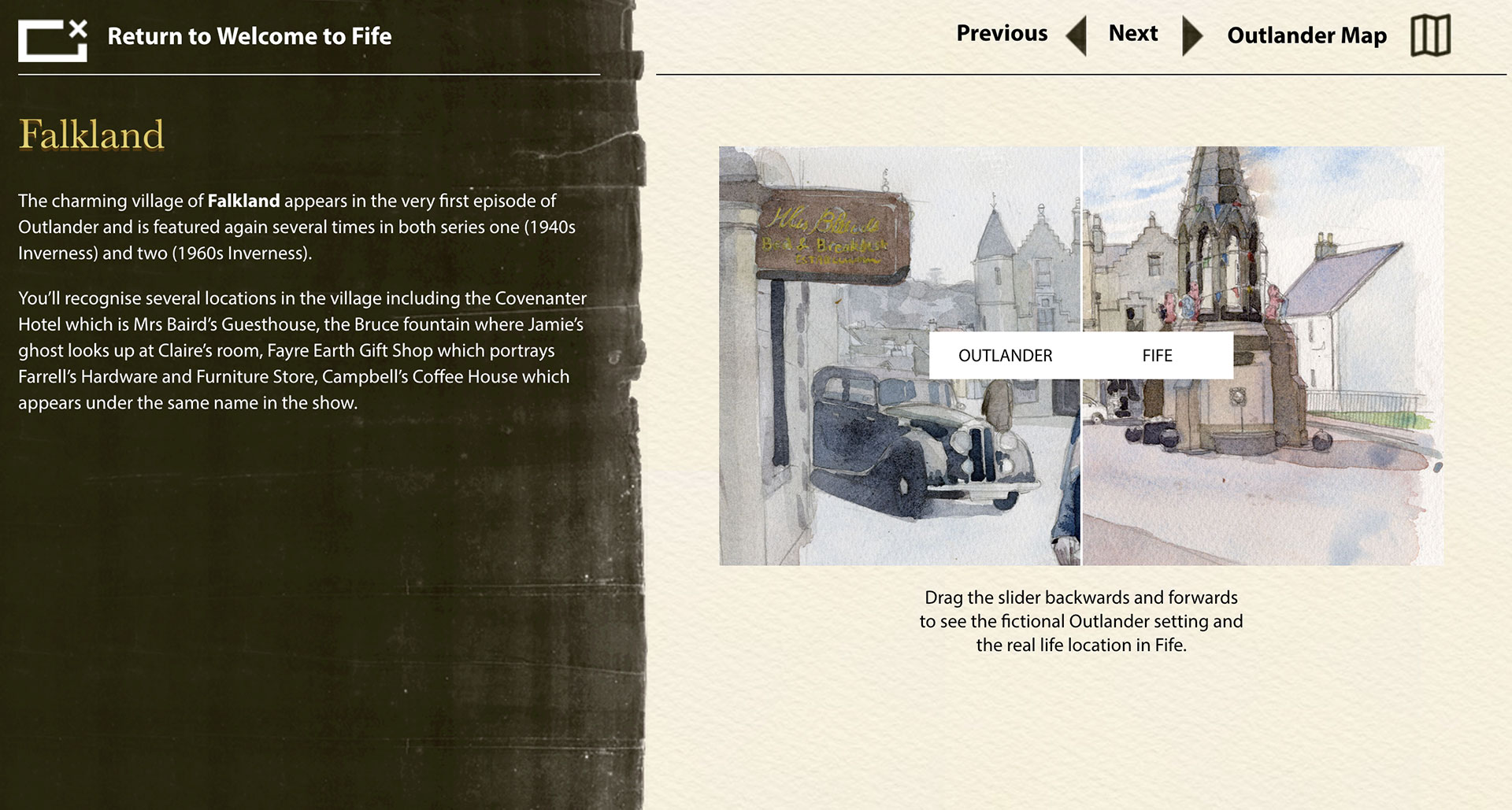