I've been facinated by Frankfurt based, Argentine artist Tomás Saraceno's work for ages and his latest creation, '14 billions' is an extension of his 2009 installation called "Galaxy Forming along Filaments, like Droplets along the Strands of a Spider's Web."  This version is abstractly based upon a black widows spider web.

Saraceno's work looks to scientific study which uses the imagery and structure of spider webs to map the origin and structure of the universe. Referencing these studies, the sculptural pieces explore the delicate balance between ourselves and the earth.

While deeply philosophical and laden with scientific study, Saraceno softens the academia with interaction—encouraging viewers to participate with his discoveries. Nimble visitors can explore the web installation, while children and adults alike can create their own additions to his Cloudy House.

Sadly this exhibition has recently finished, but was a great sucess when displayed in Stockholm's Bonniers Konsthall earlier this year. The installation took almost 2 years to complete and spanned a remarkable 400 cubic meters.

Venice Biennale called "Galaxy Forming along Filaments, like Droplets along the Strands of a Spider's Web." 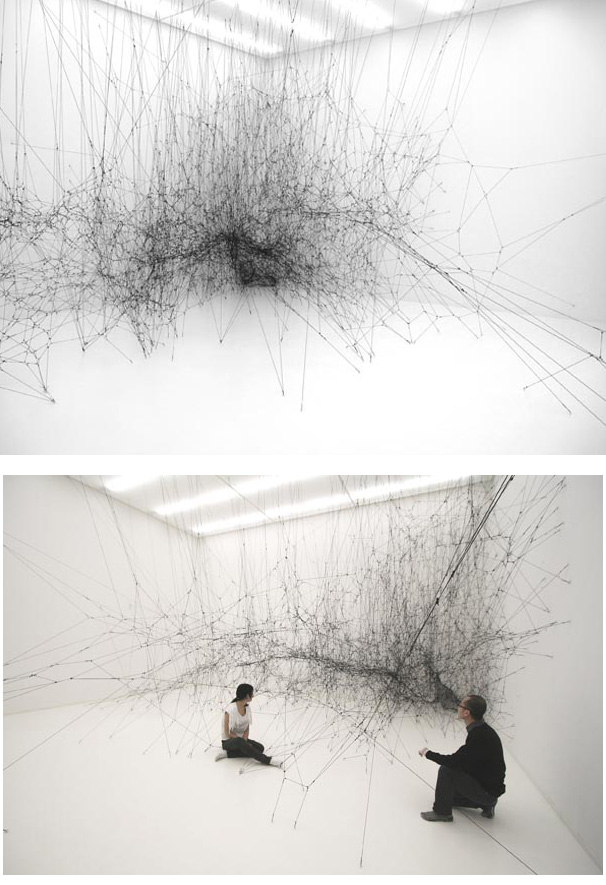