The recent passing of the legendary DJ and producer Frankie Knuckles was met with sadness across the dance music community. Social media feeds went into overdrive as fans, DJs and musicians mourned and exchanged their memories. The man credited as the Godfather of House Music has left a colossal legacy which is hard to define.

Not only was he a huge presence in the clubs of New York and Chicago where he resided, his became a positive message which transcended continents, placing the dance floor at the forefront and a philosophy that gave people a few hours of valuable escape in their lives.

His name first crept into my consciousness in 1987 with a track called Only the Strong Survive. And I read a few articles by people like Stuart Cosgrove which were incredibly prophetic in their predictions. The influence of house music and the culture which extended from it, truly did bring people together, even the sleepiest of backwaters.

The next brush with the sound of Mr Francis Nicholls was one evening when arriving at a local, early-years club night in 1989. The emotive strains of Your Love with its incredible glistening synths and hypnotic demeanour were a thing of mystery and beauty. These were the type of records that would help change British youth culture and offered up a united cause to young people who had lived through challenging times of their own in the post-Thatcher era.

And people were mentioning his name as the man responsible…Frankie Knuckles! The song was in fact a four track DJ booth recording with Jamie Principle, the exact roots of which became controversial and complex. All I knew at the time was that it was showing me the new-found role of the DJ in UK clubs as people swamped the decks to discover a track identity. Previously a simple staff-member who took music requests, the tables were turning.

Of course, this had already happened in the States with pioneers like Larry Levan, David Mancuso, Ron Hardy and Frankie Knuckles himself leading the way with their own edited tracks. An endless discography of seminal Knuckles productions followed and, after allegedly having his fingers burned by a couple of independent Chicago labels, they mainly appeared via the major record companies.

We’ve been listening to his music in the EVERYONE studio the past week or two and this Dimitri from Paris mix in particular (see below). We went along and listened to him a good few times over the years, most recently a couple of years ago at our pals’ event The Electric Frog in Glasgow.

It seemed remarkable that he’d played a set at Ministry of Sound on the Saturday night and on the Monday, he was taken from us. The spirit of the music transcends one individual but if one man seemed bigger than the scene itself, it was Frankie Knuckles. 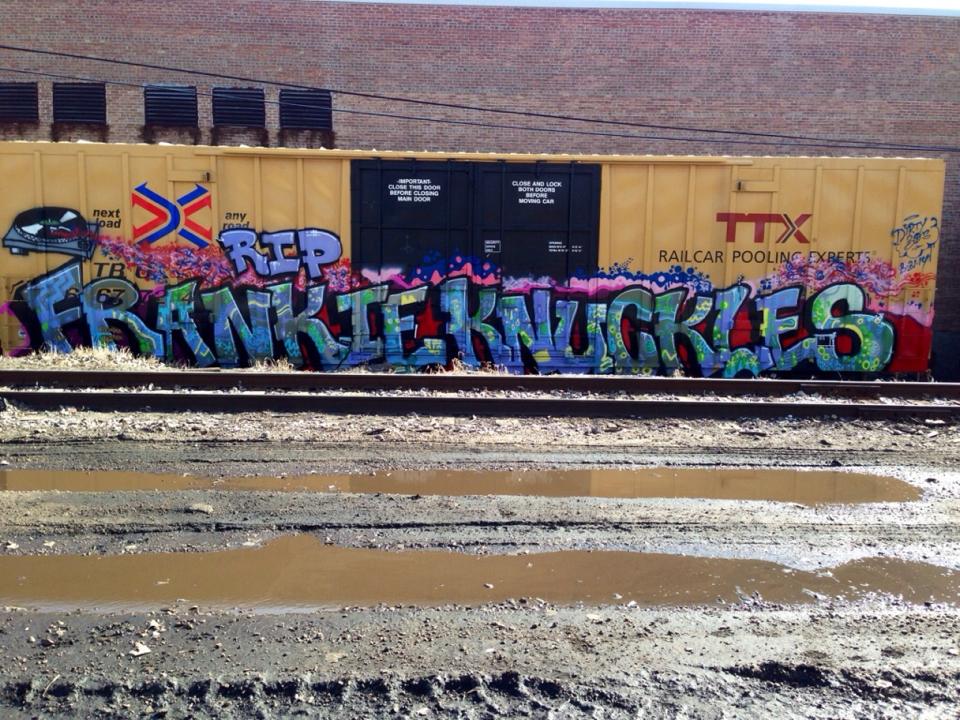