The humble hashtag (or to give it it’s proper name - the octothorpe - when you win your pub quiz you can thank me for that one!) is a ubiquitous part of social media. Getting to grips with it is actually harder than you think because across different social channels there are different conventions and ways of using (or not using) it. With its explosion onto the social scene also comes the misuse of hashtags so to help you make sure you get it right, here’s a couple of handy hashtag helpers across some of the bigger social players.

Before we even look at the individual networks themselves, let’s look at some good hashtag etiquette by looking at what doesn’t work

1. #Dontcreatereallylonghashtagsthatcanbehardtoreadandservenopurpose.
A hashtag, by its nature should be short, simple and easy to read. Hashtags that include too many words are thought to be ineffective and harder to read and therefore reduce engagement.

2. #Honey I broke the hashtag
Remember adding spaces or symbols can break hashtags

3. #Hashtagging #every #single #word
It doesn’t make sense. The whole point of a hashtag is to group something so by doing this word by word doesn’t add any value to the point because you’re not joining any conversation and just ends up looking sloppy and makes your post harder to read which again will hurt your engagement levels.

4.Proofread, proofread, proofread.
Don’t end up with a red face by not checking how the hashtag actually reads. As Susan Boyle found out whilst a “Susan Album Party” might sound like a good idea in practice #susanalbumparty has completely different connotations.

So now we've explored the basics, let's now look at how this works on a number of the major social media platforms.

It’s probably fair to say Twitter was the birthplace of the hashtag as we know and use them today so it’s a good place to start.

Based on data from Buddy Media, tweets with hashtags receive double the engagement than tweets without. Tweets with 1 or 2 hashtags have just over a fifth more

engagement than those with 3 or more hashtags, and tweets that use more than 2 hashtags actually show a 17% drop in engagement.

One of the most critical factors in getting this right is making sure that your hashtag is relevant.  You can use tools such as Hashtagify.me to give you some linked hashtags related to your tweets topic as well as giving a popularity score. A quick search on twitter can also help you see recent tweets which may have a trending hashtag you want to jump on board with.

The Twitter rules; Research your hashtag, and use no more than two per tweet for the best levels of engagement.

From one giant of social media to another. Facebook have only been supporting hashtags for around 3 years - almost a decade after Twitter! As Facebook’s content isn’t as micro as Twitter you’ve got more space and freedom to do what you want with your posts.

Facebook’s hashtag groupings aren’t half as good as Twitter’s mainly due to the privacy settings most savvy Facebookers enable which explains why their feeds can be top heavy with posts from companies and news providers with public pages.

The Facebook Rules: Again, always good to research your hashtag but use it sparingly. Due to the way Facebook works it’s really not going to benefit you hugely but at the same time used correctly it can’t do much harm either.

So far, the general advice has been to play it cool with your hashtags, sprinkle them sparingly across your content - that is until you get on to Instagram! Hashtag addicts rejoice - according to Buddy Media’s research posts with over 11 hashtags seem to be the best for attracting interactions! However, remember that there is a distinct difference between an individual posting and an organisation - so to avoid coming across as a bit hyperactive - and sometimes desperate the general rule of thumb is to keep it at around 3-5. For a bit more personality why not add in an emoji too?

The Instagram Rules - Think along the lines of the Twitter good practice but do push the boat out a little bit. Always double check your hashtags in advance of saving them as Instagram can sometimes have some pretty inappropriate content even within some of the most savoury of hashtags!

This is where it gets complicated. Over the years Linkedin have supported and unsupported hashtags and it’s no wonder why people are confused. Over the Autumn, Linkedin has started sort of supporting hashtags - but on mobile devices only. This means that if you do include a hashtag in your post it will look ‘dead’ (and out of place) on desktop but it will work on mobile. LinkedIn have confirmed that hashtags will making a return to desktop at some point in 2017 so for the time being it’s probably best to avoid them.

The Linkedin Rules - Don’t use them for just now - but keep an eye for updates from Linkedin and get hashtagging when the full support is in place.

And there we are, follow these simple steps to ensure your hashtags are hip and happening! If you need a hand with your social why not drop us a line and we can see what we can do to help you - info@weareeveryone.com 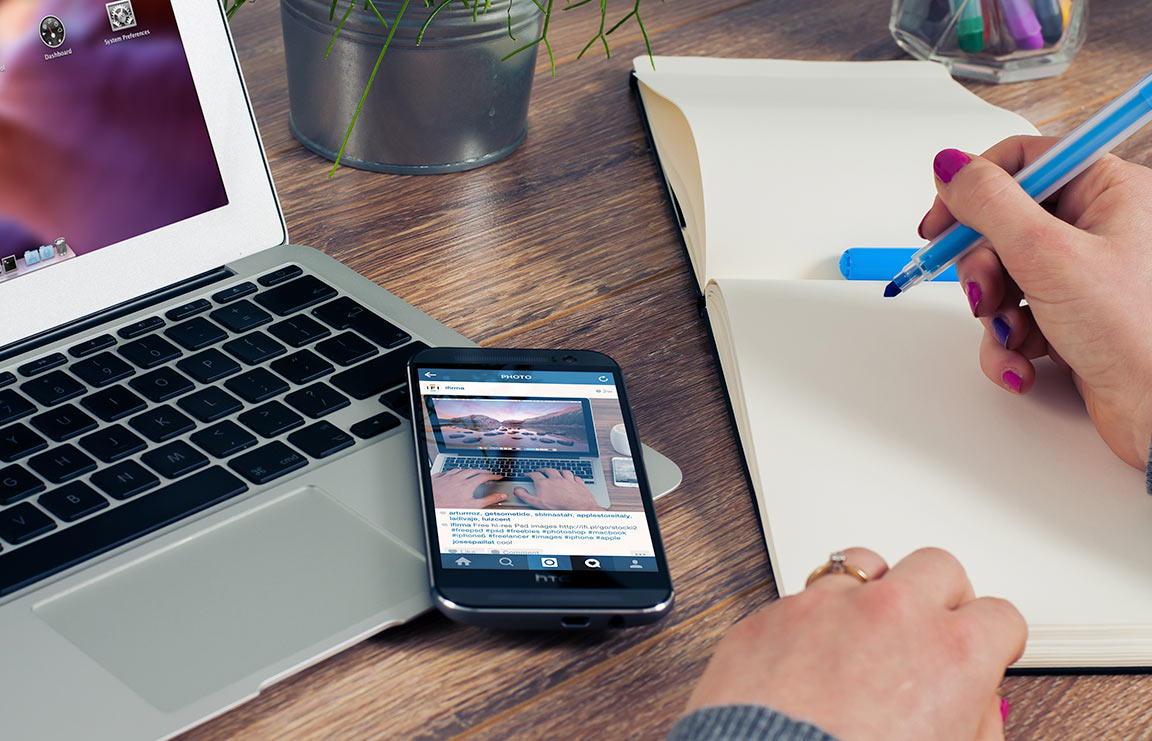